RGS will be open to all students from Monday 22nd June. —Buses will also operate as normal

RGS will be open to all students from Monday 22nd June.

Buses will also operate as normal

Inspired by a true story and based on the hit movie, Made in Dagenham is the uplifting British musical comedy about friendship, love and the importance of fighting for what is right and how the women of Ford went out on strike to get equal pay.

Essex 1968. Like millions of other working women, each morning Rita O’Grady is just trying to get her husband out of bed, get the kids off to school and get to work at the factory on time. But life is about to change forever when it’s announced that the girls in the stitching room of Ford’s Dagenham car plant will have their pay grade dropped to ‘unskilled’. Quickly drawing on a strength she never knew she had, Rita leads her friends in a battle against the might of Ford and the corruption of the Union supposed to protect them. We meet Connie who has given her life to the Labour Party, Claire who struggles to get her words out, Beryl who swears like a trooper, Sandra who is the glamourous one of the bunch and Cass who is determined to be an airline pilot by the time she is 35. This is all set to the backdrop of Harold Wilson’s England in 1968 when the Labour party were battling with the Unions.

It’s a musical that shows us how far we have come for wome’s equality yet reminds us that the journey isn’t over yet! It ends with the heroine a reluctant activist who has put her marriage in jeopardy for her colleagues, addressing the TUC conference and calling for listeners to stand up for women workers. This story has never been more relevant in what is the year of ‘The Equality Act’ on the Isle of Man.

Funny, touching and timeless, Made in Dagenham shows how ordinary people can do extraordinary things when they stand together. The show has both guts and a sense of humour.

The production encompasses a large cast, from members across all year groups and abilities. It is all inclusive and led by Mrs Will Jones, Mr Owen, Miss Dunne, as well as Mrs Corrin. This is the premier show of Made in Dagenham on the Isle of Man. Tickets available now.

Some photos from rehearsals which started last term. 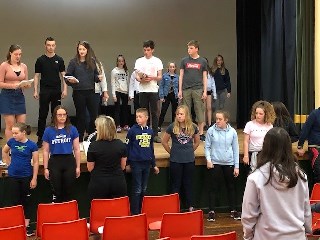 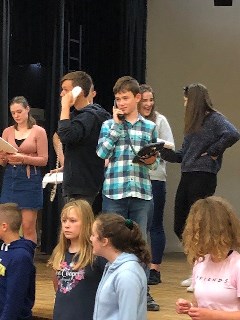 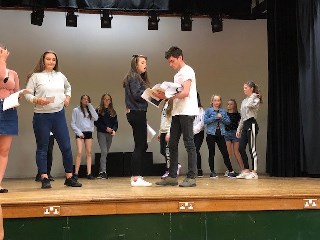 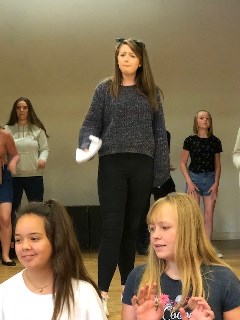